Earlier this year, Hoomano (a social robotics company based in Lyon - France) held its first “Hackathon”, with the tag line “Make me useful in 48h” ! A team composed of myself and 4 fellow students from Lyon 1 university decided it would be a good idea to participate, after all, what could go wrong ?

To be honest, there wasn’t much discussion about which robot we would work on during the weekend. The first time we set our eyes on Cozmo we were in love, and knew we just had to work on him ! 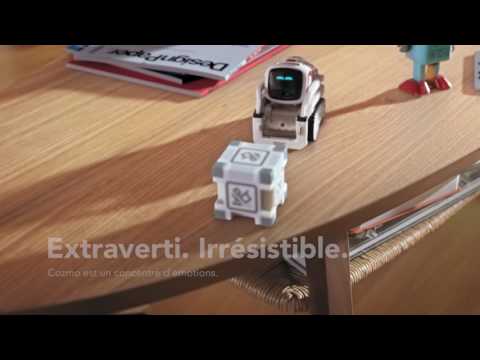 After a short deliberation, we settled on a project that would take advantage of Cozmos emotions to teach music. Given the small amount of sensors and degrees of freedom that Cozmo possess this project posed quite a challenging task (all in all Cozmo can move its head, arm, and wheels, nothing more, also we quickly discovered that the robot does not posses a microphone, which made the task of listening / evaluating musical notes even harder !)

For user input, we decided to use a little device called a MakeyMakey which allows you to make a keyboard out of just about anything (fruit, tinfoil, sleeping teammates, anything that can conduct electricity !). This also posed quite a few problems (did you know that offical brand playdough conducts electricity, but off-brand stuff doesn’t ?!).

After the 48h of work (with about 5/6 hours of sleep per team member!), we presented our work in front of the jury and were awarded 1st prize ! I can definately say that I will be participating in future hackathons organized by Hoomano !

You can find the video presentation we made of the project (yes that is me, and yes I hadn’t slept enough…) and the git here (the video will be on the repository at a later date!)